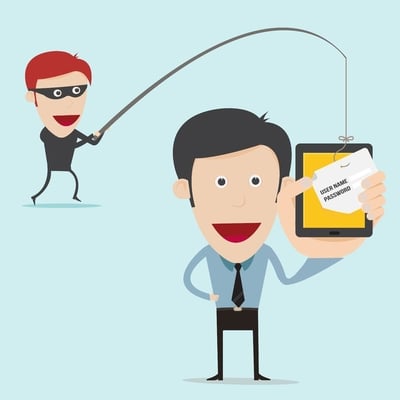 Stay alert when reading through your email.  Our Cybersecurity advice focuses on "layers" of security, and even with all the technology in place to protect you, the "bad actors" will always resort to new tricks.  End user education and vigilance are key.

We've been alerted about a new phishing wave making the rounds.

These emails state that the email address has been flagged for suspicious activity and the user is required to click a link to authenticate the account.

Please note that these emails are NOT legitimate emails sent by the hosting platform. If you notice emails that contain suspicious links or attachments, please avoid clicking on any links, and please remind all users in your organization to stay alert.

A few additional reminders include:

eMail Delays in the "Always On" World

ern technology enables us to accomplish so much, but when there's a disruption, we're reminded of our dependence, and it's painful!  Last Thursday and Friday, many users were affected by delays in sending and receiving emails.   The systems at Rackspace, one of the leading cloud providers in the world, became overloaded and disrupted services for many users, including a number of Ekaru clients.

We have been tracking the situation closely, and spoken to many of our users, and the situation was mostly resolved on Friday.  We've provided updates on our website and social media pages, and we're always available by phone for questions.   Thank you for your patience and understanding!

None of the leading providers are immune from disruptions and downtime.  Office 365 had three disruptions in June, and Amazon Web Services had a major outage in February.  In an twist of irony, Down Detector, which monitors web outages was itself down as a result of the Amazon outage.  Although Amazon, Rackspace, Office 365 are known for excellent up times, there is always the chance of an exception.

Here is a summary from Rackspace regarding the timeline that affected users:

More analysis is underway, but for now, the important thing is that performance has been restored.

We know how stressful events like this are for all users, and we are here to help in any way we can, but in some ways this is the technology equivalent of being stuck on an airplane at the gate with a mechanical delay or weather delay - sometimes it's just out of our control!  Work was performed around the clock to restore services.

Ekaru Gives Back:  Donates Socks to Boston Healthcare for the Homeless

Ekaru, recently donated socks to Boston Healthcare for the Homeless.  As a "Thank You" to all clients who returned a customer satisfaction card last month, we have donated 126 pairs of socks.

About Boston Healthcare for the Homeless:  “For 29 years, our mission has remained the same: to provide or assure access to the highest quality health care for all homeless men, women and children in the greater Boston area.”

Why socks?
“Access to shoes and socks is often limited for the homeless men and women living in shelters and on the streets. Rain-soaked feet, ill-fitting shoes, constant standing and diseases like diabetes take their toll on the feet of homeless people.”

To learn more about Boston Healthcare for the Homeless, and learn about ways you can help, visit:  www.bhchp.org