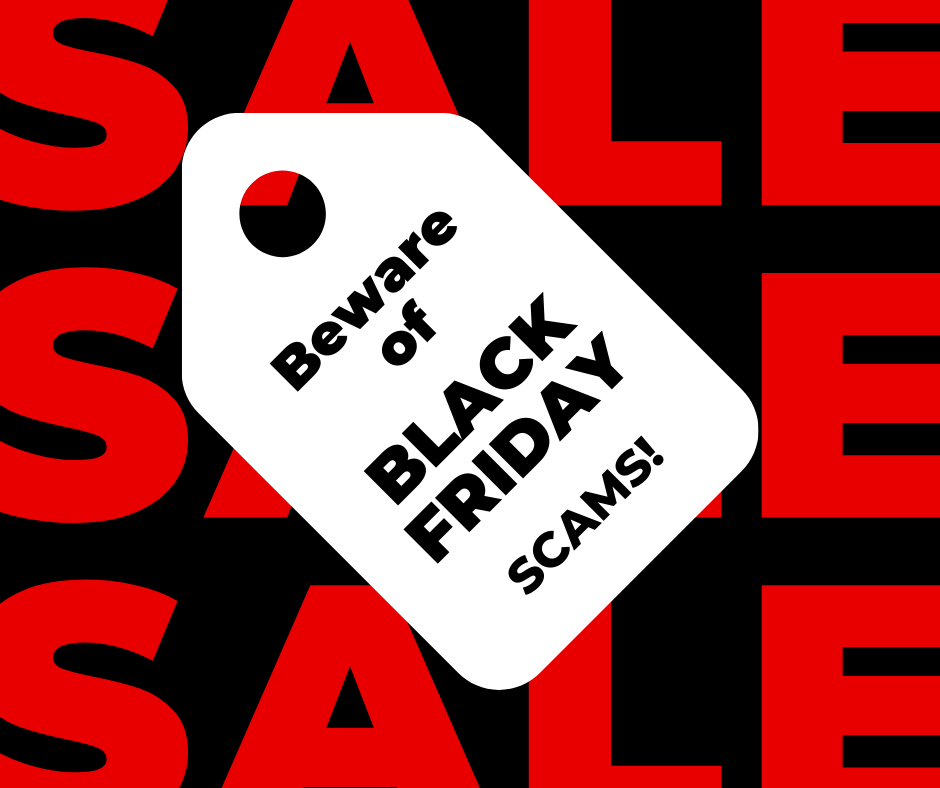 Don't Get Scammed by a Turkey

It’s Thanksgiving week and that also means that the holiday season has officially started!  And just like the holiday season of our youth, this is the time of year when we as adults tend to get caught up in the excitement and the fun of the times, and let our guard down.

Well, most adults.  Those who are looking to take advantage of you are also kicking their season into high gear with scams that target shoppers, travelers, and just about everyone else.  With last year being a record $9 billion dollar Black Friday, there’s a lot of money being spent that's as tempting to hackers as is that extra piece of apple pie.

In the Giving Spirit

Our guards go down and cybercrime goes up.  Now more than ever you need to warn your clients, friends, and family that being cautious while being generous, is not only wise but also necessary.  What should you tell them to look out for this season?  Here are a few easy grabs for cybercriminals that they can be aware of.

We click but we don't often look carefully enough.  Fraudulent websites can be nearly impossible to distinguish from the real thing, so avoid clicking through on emails to “get to the deal”.  Slow down!  If a big-box retailer is advertising a deal, go to their website directly and search for it.  And don’t call the phone number you’re given to make a purchase either.  Fake phone numbers are as prevalent as fake websites.  Think before you click!  And just like grandma used to say, if it sounds too good to be true, it probably is!

Skimming Over the Details

Credit card skimming accounts for a big chunk of cybercrime revenue, and it's a tactic that is evolving over time.  Hardware is placed over existing credit card readers and “skims” the card information, essentially stealing it from both the retailer and the consumer.  It stays there for a time to be collected later by the criminal.  But skimming isn’t limited to hardware anymore.  Malware can be deployed to e-skim, on a site as it collects payment information.  This tactic is sometimes called a Magecart attack.  While this type of breach is harder to detect, you can work to avoid it by not storing your payment information on retail sites and using third-party payment methods like Google Wallet, Apple Pay, or PayPal.   Check with your credit card about activating alerts so that you can be aware of any suspicious purchases immediately via text. In addition, if you won’t be leaving home for the holidays, disable all international purchases on your credit cards.   Also, in this day and age, watch for fake QR codes.  Criminals may paste a new QR Code sticker over the real one at a restaurant or store.

Be Social, But Safe

Have you come across those social media gift-giving groups of Secret Santa or even Secret Santa Dog?  A large gift exchange to spread the holiday love among strangers, right?  Don't do it!  Often these are merely ways of collecting your data and putting you at risk of losing out on money that you will put out and never see in return.  If you want to give and feel good about it, do it with a reputable local charity that aligns with your personal beliefs, not one that might steal your personal identity.  The holidays are a hard time for many, and need is everywhere.

Enjoy the holiday season, and remember to think before you click and be cyber aware at all times!