SOPA, PIPA, and What it Means for You 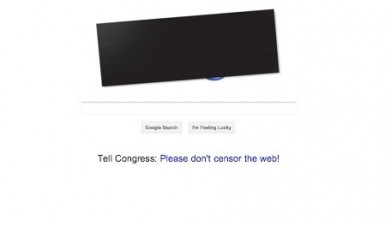 This week, Wikipedia went dark and Google blacked out its logo in protest over two controversial intellectual property bills being discussed in Congress:  Stop Online Piracy Act (SOPA) and Protect IP Act (PIPA).  The intent of the new laws is to protect authors and creators of intellectual property from getting ripped off.  However both proposed laws are seriously flawed.

Under SOPA, an entire web site could be shut down even if there is only some infringing content.  Imagine the implications for sites like YouTube, Twitter, Facebook, Wikipedia.  All other content AND users would also be locked out!  If you wanted to visit one of these sites to view non-infringing material, you couldn't.  As Rodney Brown points out in Mass High Tech, that's sensoring us too!

In addition, the concept of "guilty until proven innocent" is wrong.  Any company that says another web site is using some of its content could get a court order from a judge to shut down the site without due process.

Opposition to the proposed laws has been huge.  Over 2.4 million Tweets were posted on Wednesday!  On the same day, many web sites such as Google, Amazon, The ACLU, and several other protest sites posted links to tell Congress to fix the laws, and there must have been a flood of emails.

It looks like Congress is listening.  Today Senate leaders announced they will postpone the vote.  Harry Reid said: "In light of recent events, I have decided to postpone Tuesday's vote".  He also adds "There is no reason that the legitimate issues raised by many about this bill cannot be resolved".

Stopping people from profiting from blatant piracy is a good thing, but these laws are seriously flawed, far too overreaching, and would do far more harm than good.